What is a seminary?

“The seminary is a community journeying towards priestly ministry. I have said something very important here: one does not become a priest on one’s own.” –Pope Emeritus Benedict XVI

Listed below are the seminaries to which we send the seminarians for the Diocese of Davenport. Click on the image to visit the seminary’s website.

During the dedication ceremonies for the new facility in 1952, the name Assumption Seminary was bestowed upon it. In 1967, as part of a major re-organization movement after the Second Vatican Council, Archdiocesan clergy once again assumed responsibility for the administration of the school. The Mission Road facility was closed, and theology students began taking academic courses at Oblate College of the Southwest in 1969. To prepare students for bicultural ministry, the Mexican American Cultural Center was opened on the Woodlawn Avenue campus in 1972. This represented the fulfillment of a ministerial need first recognized by Bishop John Shaw in 1911: “I have laid down a rule that for the future no student will be ordained until such time as he can speak Spanish fluently.”

The University of Saint Mary of the Lake/Mundelein Seminary prepares candidates for the diocesan priesthood and provides initial, post-graduate or ongoing formation for priests and those who collaborate with them in ministry. 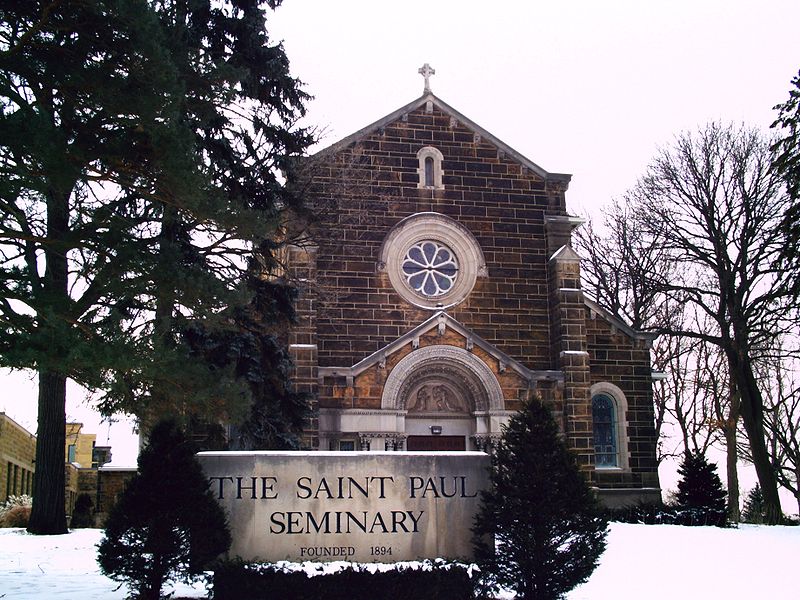 The Saint Paul Seminary prepares men for ordination to the ministerial priesthood of the Roman Catholic Church. By virtue of the sacrament of Holy Orders, these candidates are configured to Christ, the head and shepherd of the Church. They will pastor communities of the faithful through Word and Sacrament.

If you feel called to a religious or consecrated vocation, be not afraid!
Pray daily, seek the sacraments, and talk to a priest. The Vocation Directors are happy to help you discern your vocation.